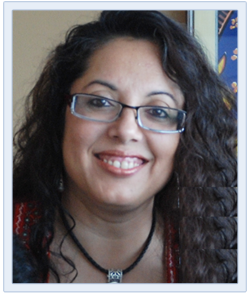 Smita Awasthi completed her Masters (Psych) as a University topper in 1983 and a PG Dip in Counseling from NCERT, India. She completed her ABA Education from Univ of North Texas, USA (2004) to became the first Board Certified Behavior Analyst (BCBA) from India. She continues to maintain her certification by completing CEU's.

Presently, she is pursuing a PhD at Queen's University, Belfast, Ireland as an external student. Smita Awasthi is the Founder Trustee & Past President of the pan India NGO ABA-India, a non-profit organization formed in 2009, advancing the science of ABA in India. She has pioneered the ABA movement in India and is involved with Advocacy, Training, Mentoring & Application of ABA Principles in the field of Education, Developmental Disabilities & Autism in India & the region. With a career spanning 28 years; she started her career on a UNICEF project in 1984, working on a rehab project for children with special needs in villages in India. Later she was involved with counseling, teaching psychology students at Mithibai College Mumbai. Between 2000 – 2008 she was involved with ABA training for the staff of Dubai Autism Center, Action for Autism Delhi, MPVSS Ujjain, ASWB Kolkata, Autism Awareness & Action Lucknow and many other NGO's across India. Since 2004 she has conducted workshops for parents of children with autism and professionals across India ( Bhilwara, Korba, Raipur, Bhubaneshwar, Madurai, Lucknow, Kanpur, Delhi, Kolkata, Mumbai, Pune, Bangalore, Chennai, Tirupati etc ) and abroad (Dubai, Muscat, Belfast, Abu Dhabi, Al Ain, Bangladesh).The Social Welfare Department of Chhattisgarh invited her for a 5 day workshop in 2007. She was invited in 2009 by MISHACON (Speech & Language Professionals Conference) for a presentation on Verbal Behavior. She continues to mentor ABA professionals and some of her mentees are now certified behavior analysts. Since she started working with children with Autism in 1994 she has spent more than 50,000 hours in the field working hands-on with children between the ages of 1.8 months to 20 years.

Smita shifted to India in 2010 & started Behavior Momentum India as a 1:1 intervention center. She is directly involved with training and programming for children with autism to teach them various skills like language development, play, adaptive skills, academics and runs the first behavior clinic in India.

Smita is a Full Member of the ABA International, U.S.A. She has presented papers and posters at conferences organized by ABA International between 2005 – till date. She was a panelist at the Association for Professional Behavior Analysts in 2012 and was a keynote speaker at the QUART conference (2012) at Belfast.In 2010 she was awarded by Society for Advancement of Behavior Analysis USA, (ABA International) with the International Development Grant & in 2005 by the Governor of Uttar Pradesh as a "Special Awardee" for her Autism awareness work in the state while she lived abroad. 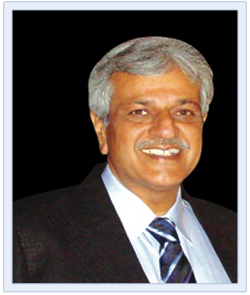 Manoj Sharma, is a technocrat and a graduate in Metallurgy Engineering.
He has 32 years of experience in the field of Engineering, Marketing and International Trade. Having worked with national & international clients, he started his own small scale manufacturing enterprise In 1991. Manoj has wide knowledge of international trade and marketing as he works in close partnerships with firms in Switzerland and Canada. He has travelled widely across the globe and worked closely in European, US and Japanese markets. Clodagh graduated with her PhD in ABA from the National University of Ireland Galway in March 2013. Her research investigated behavioural variability in children and adolescents with ASD. She identified factors associated with low variability in this population, along with remediation strategies using lag schedules of reinforcement.

Clodagh has extensive applied experience, having worked in early intervention services for children with ASD for 5 years. She has since gained experience in delivering behavioural interventions to children and adults with acquired brain injury and a variety of developmental disabilities. More recently, she started the first ABA programme in a mainstream school in Ireland in October 2012. She led a team of behaviour analysts who worked on literacy and numeracy skills as well as in-school behaviour and attendance for teenagers in mainstream school who were at risk of early school leaving. She continues to provide support to this programme.

Throughout her studies, Clodagh gained lecturing experience at NUIG and at Trinity College Dublin (TCD), coordinating several modules at both Universities. She taught at TCD full-time for one semester, providing cover while the course director was on leave. Her research interests include increasing variability in individuals with ASD, teaching play and social skills and designing behavioural interventions for children and adolescents from marginalised communities. In Sept 2013, Sridhar became a Board Certified Behavior Analyst after successfully completing academic course requirements with Ball State University, Muncie, IN, United States and supervised practical work experience of over 2000 hours with Behavior Momentum India. Since then, as a consultant he has been training paraprofessionals to teach children with autism a wide range of skills based on the science of Applied Behavior Analysis. An alumnus of Indian Institute of Management Ahmedabad, In the prior 20 years, Sridhar has been head of Business Development and Operations with several leading global corporations such as Pepsico , British Petroleum and Tech Mahindra. He has also taught Management subjects to MBA students in Amity University, Bangalore. Sridhar is the President of ABA India and has presented papers at ABA India Conferences, and the 2014 ABA International Conference at Chicago. He also represented BMI at the booth at ABAI Chicago.